Back to Slavery Unit

There are two important things to remember when we talk about the history of slavery in America. First, slavery has been a part of our country only a few years after the first settlers arrived in Jamestown. Most of the slaves in our country tended to be in the south where the climate was warmer and the land was better for growing crops. Rich men would buy large amounts of land and create plantations where sometimes more than 200 slaves would work in the fields harvesting crops to be sold all over the world. While most of the slaves we held in the south, slavery did exist in the northern colonies but on a much smaller scale. Most of the slaves in the north worked as house keepers or personal servants to wealthy merchants. Within 40 years after the American Revolution, most of these northern states had outlawed slavery within their boarders.

The second important thing to remember about slavery in America is that some of the slave holders in the south did not like the practice of slave holding. Men like Thomas Jefferson and George Washington did not like that much of their wealth came from the horrible institution of slave labor. Unfortunately, slavery was like a drug. Once wealthy southerns had invested in large areas of land and the slaves to work it, it would be very hard for them to continue to make money and give up their slaves.

From the founding of our country with the U.S. Constitution, representatives from the northern and southern states have been attempting to seek compromises on the slavery issue in an effort to avoid an all out war between the north and the south. The Missouri compromise arouse from the issue of how should new states be admitted into the Union so as not to upset the delicate voting balance in Congress between slave and free states.

Lesson 1: The History of Slavery in America

Click on the link below to watch the video on slavery in early America and the Missouri Compromise. (Note: for members of ETAP 623, if you have an interest in seeing this video email me and I will give you the school login for the site.) It would be a good idea to take notes as you watch as well because you will answer questions on the video when you are done.

1. Why were slaves first brought to America?

2. Describe in your own words the Triangular Trade.

3. What were at least three crops that were picked by African slaves in America?

4. Why were there more slaves in the south than there were in the north?

5. In what ways could you see slavery in America leading to future conflicts between the north and the south?

Directions: Using the map below and the attached analysis document and you knowledge from the notes and the video, determine the compromises and the importance of the Missouri Compromise. 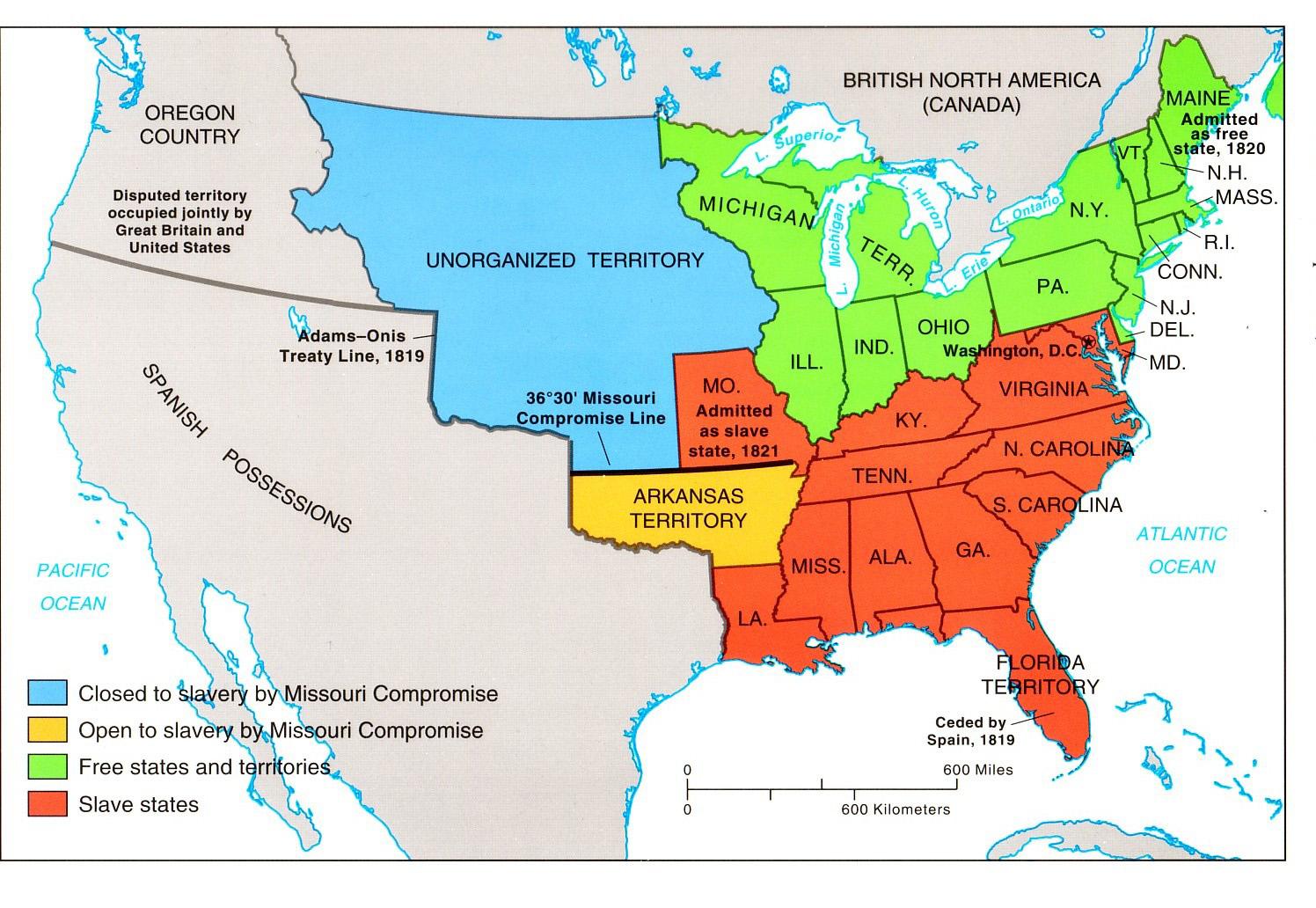 Back to Slavery Unit

Continue to Unit 3: The North and the South View of Slavery