Lesson 3: What effect did the Peloponnesian War have on the Athenian Empire?

Directions: Look up each term in your textbook (pages 144-146) and define each in your Social Studies Notebook. 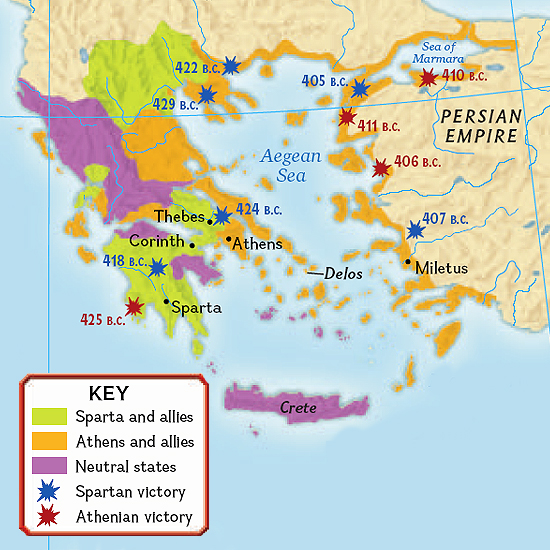 Sparta did not join the Delian League and did not become part of the Athenian Empire. As the Athenian Empire grew rich and powerful, other city-states began to distrust them. Sparta led the fight against Athens. Athens and Sparta went to war in 431 BC. The war lasted 25 years.

Click the link below to learn about the Peloponnesian War

Sparta tried their hand at ruling all of Greece but more rebellions resulted in more wars. War weakened the Greek city-states and made them vulnerable to attack from foreign invaders.

Click the link below to go to the Review Activities page