Models as a Teaching/Instructional Tool 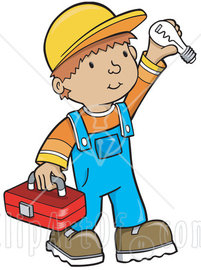 Before we begin this lesson, take a moment to think for about the examples of models you have seen/used. During this unit, we will categorize different types of models. Before you learn about the formal classifications, try to categorize the models you are familiar with.

Models as a Teaching/Instructional Tool

What is a Model?

So what exactly is a model? Well, a model is a comparison of two things used to show similarity. Anytime the word 'like' is used, especially when teaching, an analogy is made. Furthermore, all analogies are models because they are used to illustrate similar characteristics. It is important to note that while a model shows similarities between two things, there will always be differences between them. This is true because if the model is exactly like the object it is trying to represent, then it is no longer a model-it is the object itself.

There are numerous types of model that are currently used today. Some of the most popularare listed below along with a brief explanation and example of each (Gilbert and Ireton, 2003).

"Functional concrete models are intended to represent certain functional relationships of their targets [the object they are representing]. They have relatively less emphasis on retaining scelar relationships and on accuracy of appearance. A classroom model is an example of a functional model. It is not intended to represent the solar system to scale- a very difficult thing to do in a classroom. Instead, this model's purpose is to illustrate the relative positions and motions of the Sun planet(s), and moon(s) in relation to each other."

These models are often used when it is important to make abstract ideas more concrete. Please visit Metaphor, Simile and Analogy: What’s the Difference? for more information about the similarities and differences between, similes, analogies, and metaphors. In short a model is used whenever the words 'like' or 'as' is used, or a verbal comparison between two objects is made. For example, "Math is like my big sister, hard to understand but sooner or later you’ll figure her out"

Parts of a model

Now that you have learned more about what a model is, please take a few minutes to answer the following questions. Use the discussion area to exchange ideas about models with other participants.

for the model you identified; identify which type of model it is and identify the target and analog.

Next Unit: The Benefits of Implementing Models

View by portfolio: Portfolio for Models: an Instructional Tool