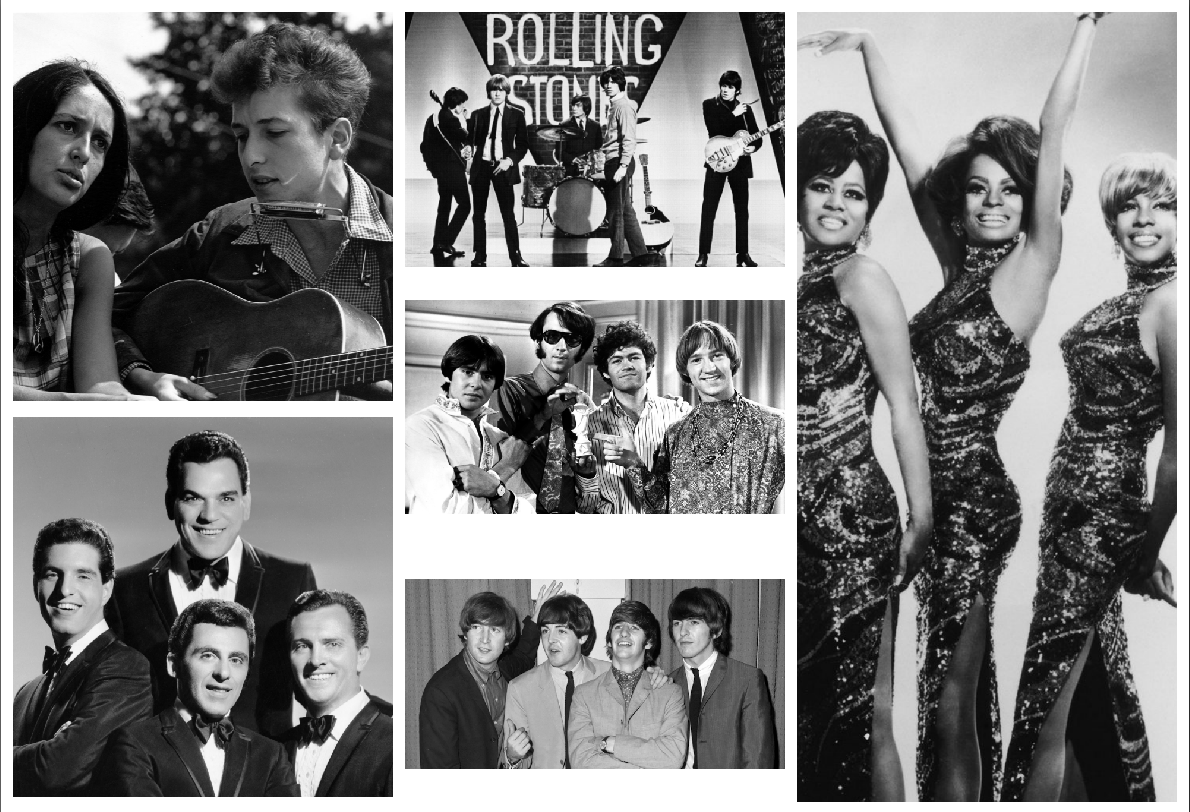 This is perhaps the most important decade in the evolution of modern music. As a result, music was transformed by some of the most influential artists of the day. In the early part of the decade, folk music and jazz were popular among the citizens of the United States, but this would change in 1964, when four young men from Liverpool, England would dominate the music industry all over the world. More bands would form in this decade as a result of their success. Folk rock became a recognized genre even as jazz began to struggle to find their voice in this new world. The Civil Rights Movement and the Vietnamese War would inspire artists to share their political views with the world through song. In 1969, the Woodstock Music and Arts Fair was held at White Lake, New York, where over four hundred thousand people gathered to enjoy the performances of many bands and performers.

Artists of the 60s

Discussion Question: Why do we refer to the popularity of the Beatles and other such bands from England as the British Invasion? What do you think the future of modern music would have been like had these groups not influenced American artists?