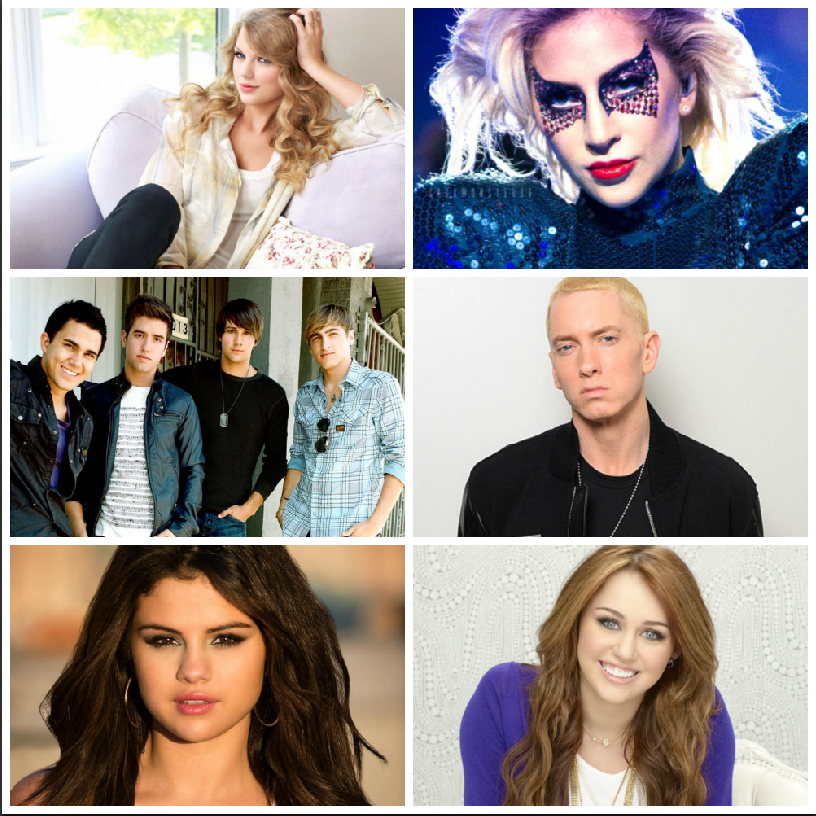 Presently, no new trends have been created since the dawn of the new millennium outside of some minor indie-genres. Instead, the 2000s feature the rise in technology such as Auto-Tune, a software program used to correct pitch. Music can easily be accessed from the internet with media players such as iTunes and websites like YouTube.

Teen Pop continues to be it's popularity from the previous decade with new artists emerging at this time. Contemporary R&B has grown in popularity over the past couple decades. Rock is still successful, especially pop punk, grunge, and pop rock. Country music continues to thrive, in spite of a slight drop in popularity in the early 2000s. Electronic music has also remained popular, drawing new inspiration from the dance style of the late 80s and early 90s.

Discussion Question: In recent years, public opinion polls have shown that the music of the present day is considered some of the least popular in the last 50 years. Do you agree or disagree with this sentiment? Why do you think people feel this way about modern day songs?