Lesson 1 - The Early Days of Rock 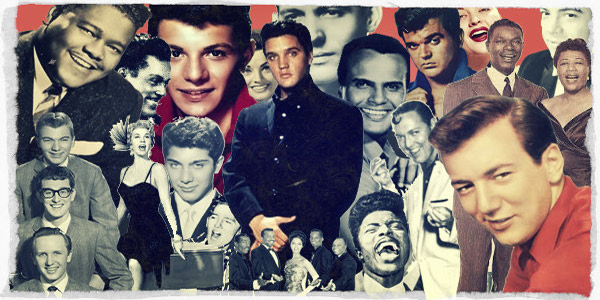 Musicians were in high demand during the 50s. The audience was growing, traditions were changing, and a new style of music was introduced to the world.

In the earlier portion of the decade, popular music continued to grow. Big Band and Swing music was no longer as popular as it had been in the 40s, as artists found themselves drawn to vocally-driven tunes. In the later half of the 50s, musicians in the United States began to mix various styles - rhythm and blues, gospel, country, and pop - to create a brand new sound. This new genre became known as Rock and Roll, a term first coined by disc jockey Alan Freed, who first began experimenting with the style in 1951.

Artists of the 50s

Discussion Question: When Rock and Roll was first introduced, it did appealed more to the younger generation. In fact, the older generation were horrified by the effects that Rock music had on their children. If Rock had been introduced for the first time in the present, do you think the reaction would have been the same? How would the late introduction of Rock have changed the music scene?