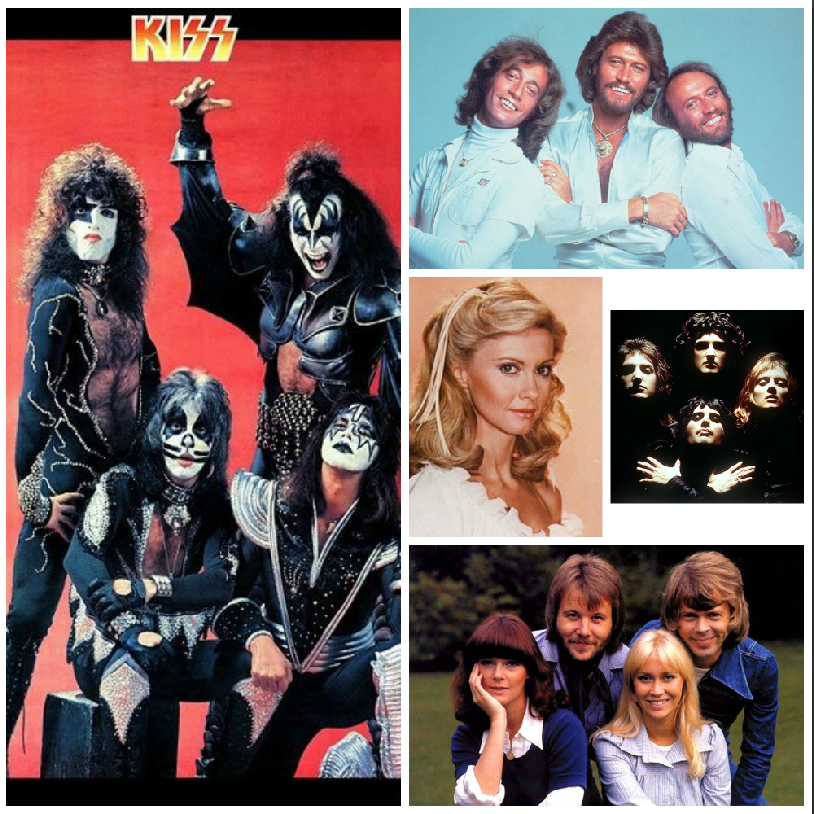 There were so many genres of music for the audience to enjoy by the beginning of the 1970s. Hip-hop joined the ranks of these in late into the decade, and Pop music came back into relevance. Many of the bands that rose into prominence in this decade continue to perform to this very day. A variety of different styles emerged within Rock and Roll, including Hard Rock and Heavy Metal. Disco, Funk, Jazz, and Soul music continued to thrive. Vinyl records were easily accessible to the public, and record players had become another household item.

Artists of the 70s

Discussion Question: Many of the Rock bands that emerged in the 70s continue to be just as popular today. This is very different than what happened in the 50s, when teenagers would rebel against the music of previous decades. What is it about these bands that draws in new generations? Is it a sign of the times or do you believe that it is something about the bands themselves?