Back to Developing Phonemic Awareness in Kindergarten Children

Upon completion of this unit, the participant will be able to:

Recall the following important pieces of information from Unit Two:

In chapters seven and eight, Adams, Foorman, Lundberg and Beeler focus their activities on the phonemes. See the following summaries of some of their strategies:

Practice! Try the example above, then substitute the name of the object in the photo below in the place of "moon" and try again.

Practice! Try the example above, then substitute the name of the object in the photo below in the place of "sun" and try again.

Practice! Try the example above, then substitute the name of the object in the photo below in the place of "map" and try again.

These strategies can be implemented through a variety of games and activities. Look through a copy of Phonemic Awareness in Young Children (Adams, et.al., 1998) or one of many other phonemic awareness training programs to review some of these games and activities. Phonemic Awareness in Young Children (Adams, et.al., 1998) is only one of many phonemic awareness training programs available. In their article, A Comparison of Eight Kindergarten Phonemic Awareness Programs Based on Empirically Validated Instructional Principles, Santi, Menchetti, and Edwards (2004) examine eight such programs. See the Resources page for a listing of these programs. You probably already do activities that are similar or that could easily be adapted to include these strategies.

Mid-Lesson Reflection: Think about some of the ideas you wrote in your Reflection from Unit Two, and how they could fit with what you have learned above to incorporate phonemic awareness training in your classroom.

Check out some of these Resources and Sources to learn more. 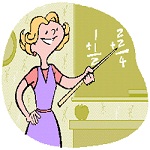 For Teacher feedback, click this link at File:UnitThree.wma Please be aware that you may need to use your Back button to return to this page after listening to the Teacher feedback.

You have completed Unit Three. You may proceed to the Conclusion section of Developing Phonemic Awareness in Kindergarten Children #Conclusion now.