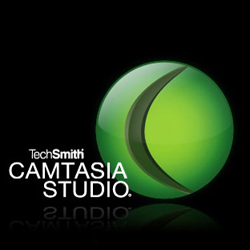 What is Camtasia Studio?

Camtasia Studio is a screen capture program, published by TechSmith, a software developer for Microsoft Windows, founded back in 1987 by William Hamilton. The program asks for the user to define an area of the screen or window that is to be captured before recording begins. It’s possible to record the entire screen if multiple windows are being used as well. Camtasia Studio lets you easily create compelling training tutorials and/or presentations for Web and CD-ROM delivery. It is the only product versatile enough to record live PowerPoint presentations, personalized technical training sessions, and rich software demonstrations.

Camtasia Studio can also be used to capture screen activity with your narration which can then be saved as a video that the students can continuously play back as needed. A huge advantages of the software is that it offers the user the ability to edit the video and sound after it has been recorded. The recording can then be saved in a variety of formats depending on how you will make them available: network, CDROM, or streaming via the Internet (UAS, 2005).