Learner will know the principles of Universal Design for Learning

Learner will understand the historical underpinnings of Universal Design for Learning

Learner will describe the competing philosophies on UDL and accessibility

To understand the universal design approach and how it pertains to online learning, it is important to have a good sense of the movement's roots. And the roots of universal design can be traced all the way back to the end of the second World War – a time when both the prevailing attitudes and the technological capabilities of Americans were shifting in response to cold war pressures and the return of former soldiers to their previous lives in the United States. It was this scene that served as the backdrop for a new branch of the medical field – rehabilitation medicine. Spearheaded by two doctors, Howard Rusk and Henry Kessler, who had helped care for soldiers during World War II, the philosophy behind rehabilitation medicine combined elements of positive psychology and physical therapy, the result being a "whole man" approach to rehabilitation – patients can only get better if their psychological and emotional needs are met, along with the more obvious, physical component of their disability. This school of thought guided Eisenhower as he expanded funding to vocational rehabilitation programs throughout his presidency.

The 1970s brought a focus on a variety of social issues, including discrimination against people with disabilities. This represented an important shift in perceptions of individuals with disabilities – rather than focusing on the impairments themselves as the barricade to living a full life, activists pointed to social structures and norms as the real inhibitors of success. Unfortunately, disability rights activists did not have the same clout at Capitol Hill as Kessler and Rusk did during the 1950s. While the Rehabilitation Act of 1973 did include the critical language in Section 504 that prohibits discrimination based on an individual's handicap by organizations that received federal funding, it took five years for the regulations required to enforce Section 504 to be signed into law. The signing was delayed for so long that the disability rights movement was inspired to stage a sit-in in 1977. Totaling 25 days, the gathering remains the "longest occupation of a federal office by protectors in U.S. history."

The signing of the Americans with Disabilities Act in 1990 represented the expansion of disability rights legislation into new domains of American life. In addition to organizations receiving federal funding, employers are also prohibited by the ADA from discriminating on the basis of disability. Components of the act also touched on physical infrastructure in a significant way. Architects found themselves trying to add on expensive and oftentimes unattractive features to their buildings in order to achieve compliance with the regulations. For many architects, the preferable alternative to retrofitting accessible paths through structural barriers became the design of barrier-free structures. A quick glance through some of today's top home/style blogs and magazines reveals that universal design in architecture is still a pervasive approach to creating stylish environments that everyone can access.

The same philosophy of barrier-free design has taken hold in the education community. Though many schools and universities offer "accessibility and accommodation" services, there has been a move in recent years to separate the notion of accommodation from accessibility and strive for the latter. Just as a handicap accessible ramp is added to an area when enough people struggle to use the stairs, some activists argue that accommodations represent a school of thought where the burden is shifted to the individual with the disability. Additionally, as novelist and attorney Katie Rose Pryal notes, in order to receive accommodations, individuals with disabilities must first share the fact that they have a disability.

"The accommodations model depends on invasions of privacy to work."

An accessibility approach, on the other hand, involves incorporating features into the original design that would allow for equal access for everyone to the same buildings, services, and information. 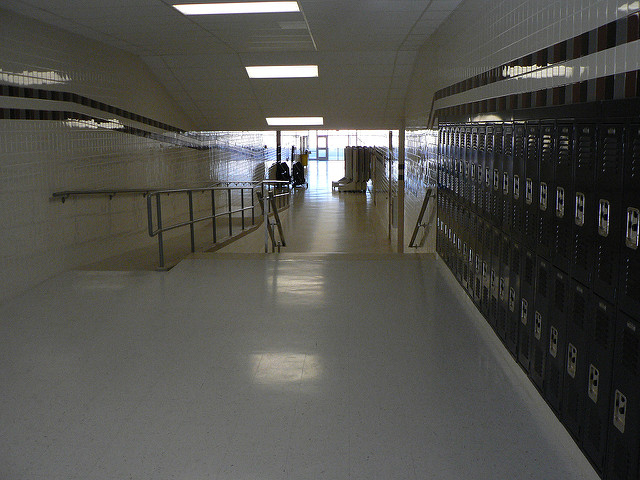 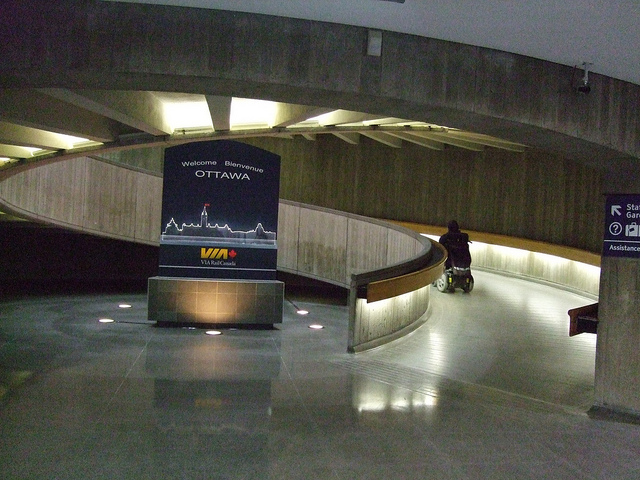 Universal Design for Learning applies this same concept to every aspect of curriculum design. Rather than imagining the "average" student and developing course materials according to the expectation of how they access information, advocates of UDL encourage teachers to anticipate a class made up of a variety of learning styles, habits, abilities, and skills. Developing a course with every possible student need in mind is, of course, impossible, but there are three main principles educators can turn to in order to implement UDL and create a more inclusive learning environment in their classrooms.

In this course, we will be looking at creating three types of media, video, images, and text-based documents, through the lens of Universal Design for Learning. Rather than simply

Visual, motor, hearing, and cognitive disabilities can affect people in different ways at different points in their lives. For example, you may know someone who is gradually losing their sight and/or hearing with age. Assistive technology is a term that encompasses the tools developed to allow individuals with disabilities to maintain their independence.

Focusing on course materials specifically, assistive technology refers to the hardware and software created to ensure that users with disabilities can access content.